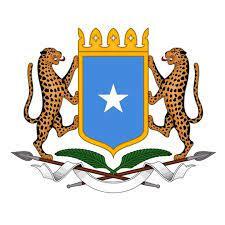 The all important African Union Peace and Security Council (AUPSC) meeting has commenced today to discuss how the African Union (AU) can best support the implementation of an election in Somalia through facilitating dialogue between stakeholders in the upcoming elections.

This comes after President Farmaajo’s surprise visit to the Democratic Republic of Congo earlier this week to discuss the strengthening of bilateral relations and how the African Union to play a more important role in assisting the Somali Government in delivering an open and fair election.

Earlier this afternoon, the Minister of Information, Osman Dubbe released a statement in video format in which he stated that the Federal Government was “aware of the outright interference” in the ongoing African Union meeting. He continued that the Somali Government would not “allow” any intrusion in Somali internal affairs which goes against the foundational laws and principles that underpin the values of the AU that Somalia helped form.

In a press statement released immediately after, the Somali Government had accused the countries of Kenya and Djibouti to have openly engaged in “sinister political campaigns” to “derail the political process in Somalia“. Finishing such strong remarks with a plea to the AUPSC to consider the current political tensions between the administrations in Nairobi and Mogadishu during its deliberations “to ensure unbiased outcomes“.

Neither country has responded to accusations from the Somali Government.

The stern statement and accusations come at a time when tensions between Somalia and Kenya remain at an all-time high due to the current ICJ case regarding the maritime dispute the two countries.

The Mogadishu government cut off ties with Kenya last December for “constant political violation and Kenya’s open interference in Somalia’s independence“. This was followed by the Battle of Beled Xaawo in which Jubaland’s Security Minister, Janan attacked Somali forces in the border town but was repelled.

The Somali government accused Kenya of harbouring and supplying the rogue minister as he was in Kenya territory with over 400 soldiers preparing for the assault from which he eventually attacked.

Abdirashid Janan eventually handed himself in to Somali government forces in March of this year, following intense behind the scenes negotiations between the Mogadishu government and Janan.

Somalia also accuses Kenya of propelling the Madobe administration in Kismaayo, which the Somali government accuses of election rigging in his 2019 re-election; something both Madobe and Kenya deny.

Madobe alongside Puntland leader, Said Deni have been at loggerheads with President Farmaajo and other regional leaders over the implementation of the 17th September Agreement which led to the collapse in the Afisyooni talks two weeks ago.

Relations between Somalia and Djibouti went sour after the IGAD Djibouti-led fact-finding mission investigating the alleged Kenyan involvement with the former rebel Abdirashid Janan and his attacks on the border region.

The Mogadishu Administration accused the report of being “one-sided“, outlining the investigators “refused” to go to the Somali side of the battle and only attending the Kenyan side.

“They went to Kenya twice, they went Mandera. We wanted them to visit the Gedo region, but they refused to cross the border” said the FGS Minister of Information, Osman Dubbe.

The accusations made by the Somali government are yet to be backed by any evidence from the AUPSC meeting.

Regardless, the communique that will be released from this meeting will be watched by all sides of the Somali political arena. An outcome silent on the 17th September Agreement would be beneficial to the Somali government whereas any mention of it would fall directly in favour of the opponents of the government including Puntland and Jubaland.